Millennials are the Problem and not Covid

A crime has been committed and I now know how.

To understand this, we need to go through a process. 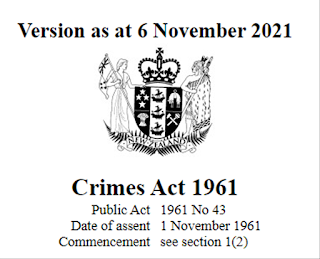 The traits of Millennials:

When I watch videos produced by Millennials, I automatically sense their total disconnection from my reality.  As a 61 year old, my traits are:

For example, this video is from "Debunk The Funk" with Dr. Wilson.

Critique of Dr Been

I had posted a few comments to this video (see bottom of this page) but then I noticed that Dr. Wilson doesn't read the comments. So I wrote to him.

I read that you do not mind a conversation over email, so I appreciate the offer and will not be too harsh.

I have watched your critique of Dr. Been and found your points interesting. I am an analyst for a software company and I am what you would call, a believer in nature. You call us 'Anti Vaxxers' but that would require the mRNA technology to be an actual vaccine and not just a drug creating a short term immunity response.

My immunity formulae is:

All of these are not science. They are commonsense and I have lived with them for 61 years in good simple health. Most people can if they engage the lifestyle.

The real battle is not covid, mRNA, science, vaxxers, anti-vaxxers... no the real battle is diabetes, coronary heart disease, comorbidity, and a lack of simple life choices that help people maintain a healthy, happy life.

Here is an experiment.

In two years time, examine their health and incidents of the flu.

You will be interested to see the results and without even doing the experiment you know that I am right.

Before you prescribe drugs, how much of your patient's condition is self-inflicted?

If you are going to prescribe drugs, are there any side effects? Yes there are, so what are the side effects of this mRNA technology? Pfizer released a 30 page document stating them and we think about this list every time our people die of unknown causes.

What is the full impact of mRNA? Only time will tell but you treat it as an inconsequential event, which is a typical Millennial psychology. As long as you can get the latest tech, that's all that matters.

The same goes for the mRNA serum that is called a vaccine but does not act like a traditional one. "It's our latest technology and who cares if it hasn't been fully tested?" is all that runs through your mind.

In analyzing your video, I noticed that you're a Millennial. You are a doctor so you may have a good grasp of psychology. Your conversation and mannerisms tell me that you are an exact millennial. These are the traits of one, and we have known them to be problematical as soon as we noticed the generation evolve.

I am of the Baby Boomer Generation. We grew up simply and it is a different belief than your generation. I believe in nature, you believe in science and that is exactly what this battle is about. In my 61 years, I have seen 'science' make great breakthroughs but it came at the cost of trial and error and it's the 'error' bit that has us asking why are you advocating that our children be human guinea pigs when they are not at risk, and at what cost to the future?

This argument is the exact same as the battle between religions; a belief battle. However, in this war, your generation has decided to use educational elitism, verbal and physical violence, and now the ultimate winner; to discredit and silence the conscientious objectors.

All you need to believe in your hypothesis is Facts. Enough facts and you believe you are right and everyone else is wrong. Again a typical Millennial psychology. My group deals only in Absolute Facts. Such facts are backed up by real data and are not in any way confusing. Your generation has failed to create a statistical model that includes comorbidity and other factors into the covid debacle. The WHO pointed out early on that most people would survive covid and society would develop a progressive natural immunity.  mRNA on the other hand, has no scientific Absolute Truths to back up anything. You guys cling to the present and think your drug saved us... and yet so many have died with the drug onboard.

Under scrutiny, it doesn't take long before the wheels on the mRNA drug fall off and it shows to be ineffective. We are where we are today because of people obtaining natural immunity and not because of an experimental drug. For example mRNA had little to no effect on Omicron and its efficacy rating changed from 6 months to 4 weeks very rapidly, which was not expected by your theories.

People are in charge of their own health choices as declared by the Nuremberg Code, a code put in place because 'scientists' without care or consideration for anyone else but themselves, experimented on human beings. We could never understand how people could treat other people so badly but your video shows us how. With the Nuremberg Code being removed by our Labour Government, the experiments can now continue I see.

You can put anything you like into your body such as Botox and mRNA, but tell my friends and I, who don't trust your 'science' for good reasons, to do the same, and under the ideology of freedom of choice, why do we not have the right to say no? Are you worried that your mRNA won't defend and protect you?

I hope you can see my point, Dr.; I have survived this planet some 20-30 years more than you and  continued to study health every day of that time. I can tell you, what you put into your body on a consistent basis, has an effect. When that product has not had time to present its full impact, you are dealing with a significant potential liability. Regarding mRNA and its future rollout, that liability could be catastrophic to the future of society and that is an Absolute Truth.

I hope you will create a video on what I have said. I have posted this and your video on my blog site: www.covid19.net.nz

I look forward to your reply.

I now know a crime has been committed

What is required to prove that a criminal act occurred?

And the motivation: Money, Power, Status, Control, Singularity
I am in no way saying that all Millennials are bad, far from it. We love and accept our people. But there are Millennials who have let power go to their heads and I can see from the attitude of Dr. Wilson and many other Millennial "Influencers", that they have a communication and understanding issue with anyone outside of their generation.
Example:
"Everyone must accept an untested drug without question and then when they are available, you will need regular boosters to maintain the freedoms, or we will lock you up if you don't" 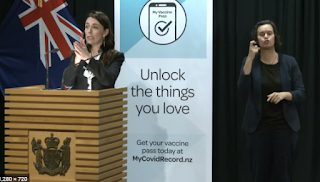 So what is the crime?

When there is no longer a pandemic (like now), and someone administers a drug that has a higher than normally accepted health risk attached to it, what is this crime if that administration results in death or ongoing disability?
The Surgeon General of Florida sounds like a very smart and experienced person. He wouldn't just come out one day and say "The drug is killing people and the State of Florida will no longer be  recommending its use."
Imagine the lawsuits against the hospitals, doctors, nurses, health workers and government officials if it was discovered:
I think the families of the affected could sue quite a few people.
I love the USA. Apart from being an amazing country, It is the most litigious country in the world.
It has the most number of lawyers floating around and they love class actions suits. I have a feeling this has something to do with Florida's decision to stop the drug. They wouldn't survive the court cases now that President Biden has said the pandemic is over. Even if people didn't win, the actions would be rolling through the courts for the next 100 years if people continue to die from the 'not fully tested' drug.
Here in New Zealand, we have such an organisation supported by our Government.
https://www.lawcom.govt.nz/our-projects/class-actions-and-litigation-funding
I was only hypothesizing this action, but I am quite concerned about the silencing process being promoted by our Prime Minister, where one day it may even be illegal to talk about the adverse reaction of mRNA. That was the message I got from our Prime Minister when she addressed the UN Council.
So I will hurry up and make an enquiry now for anyone who is interested, before it is illegal to do so? 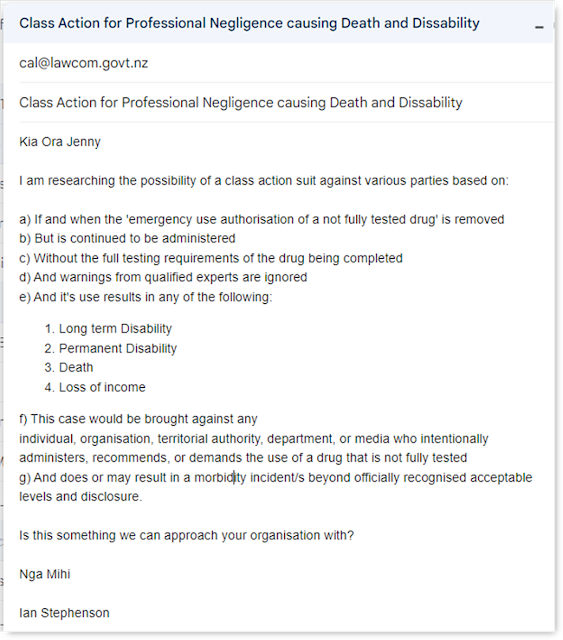 It needs polish but I will let you know the result.
Here is another one of those highly qualified Dr. people, saying that the mRNA is killing people.
And another...

These were my comments that Dr Wilson won't have read:

I realise we should make another classification... the anti-natural immunity crowd. People who don't believe your natural immunity can be fortified with simple health habits and protect you from covid. For these people only 'science' can. It is elitisms that you are needing to address, not people who expect that a new technology and drugs should be proven before being injected into our children.
Are you talking about the statistic that highlights comorbidity being the main issue for covid related deaths? Yes, it is a pity and a sad reality that so many people are unhealthy. However, if you are healthy, why risk an 'as-of-yet' not fully tested drug and new tech? You may think the tests have been done? Well not according to NZ MEDSAFE; they are not. The public require that they not be guinea pigs for Millennials to test their hypotheses on. You do realise that this is the actual issue don't you? Show actual facts as opposed to theory and don't be so condescending. You must realise you only know what you know. Time has yet to unfold the truth. In 10 years you will know 2x what you think you know now and your *opinions* will have changed considerably. Just ask the 'Big Bang' theorists. You want to jab someone? Jab your wife/husband/children first and then tell us it's safe.


Food is so important when it comes to developing and maintaining you innate immune system. What do you know about food, Sunlight, water, sleep? ... I have worked with so many young people who think they know it all. They always come back and tell me years later how little they knew of life and truths. Older and wiser, you have yet to get there, son.