After 61 years, I Renounce God

Why was 'Gott Mit Uns' on the German military's equipment? 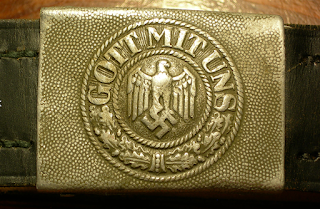 God with us (God is with us) on a German Soldier's belt buckle.
I have just learnt that my true historical faith was Polytheism, a belief in multiple deities but perhaps more importantly, a belief in Mother Earth and Nature. Most of my ancestors and their faith were wiped out by modern civilisation/government/scientists but some of us survived. You can discuss the terrible things that have been perpetrated against your ancestors in modern history and expect recompense. But my whakapapa's injustices were perpetrated 2,000 -5,000 years ago. Who is talking about this and how does this relate to Covid? Back in the day, you either renounced your religion for the new Christian Faith or were killed in ways you do not want to know. "Today is as it was then."
Renounce any belief that mRNA is not safe, or be treated as a terrorist.
It is time for this injustice to be known and true justice to be upheld.
ACTUAL FACTS...
mRNA Vaccines and Deaths - Florida Recommends Against mRNA Vaccines in 18-39 Males
As I watch the powers that be try to re-write history, by banning anything that contradicts the Government narrative on the safety and efficacy of the untested mRNA Drug, I realise that this process of wiping out the truth has been executed by the authorities and the Christian Church many times.

In a larger attempt to get conformity, the factual stories of Jesus Christ and God himself have all been 'adjusted' along the way to suit the narrative.

The buckle was a form of brain washing. Every time you polished it you would no doubt repeat the message and it helped you validate your diabolical actions. This is one of the ways the German Propaganda Machine got it's people to believe in their agenda of wiping out the Jews. A bit like this message where if you want to unlock the things you love.... (which is what the government locked up in the first place)... take this untested drug and get a stamp in your digital record. 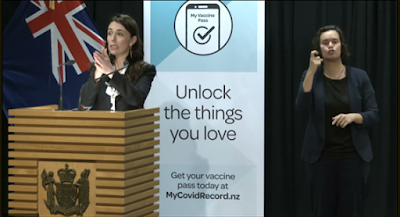 Like the Nazis and Gestapo, the Victorian Police (Australia) justified their actions against innocent people as shown in the video below. I must warn you, once seen you can never forget this atrocity.

To each and every one of these criminals, I hope you realise what you have done. It is something that will haunt you for the rest of your life. Your only hope of redemption is to own up and apologise publicly, because elsewise, you are simply not a fit human being, your leaders cowards, and your police force is nothing more than the scum of the earth.

The problem for the Victoria Police's level of violence

The problem for the Victoria Police's level of violence used against innocent and unarmed people, is that it completely undermines any trust of any government official in any location or position because I am not aware of anyone condemning it. They ALL appear to agree that it is an acceptable action and therefore are ALL capable of the same. This is simply a training video for the future. This police crime has no doubt radicalised a great many people, created future issues, and it will forever taint our opinion of ALL forces no matter where we live.

Is the Bible an Absolute Truth?

Many of the bible stories are a copy and summation of many other older religious beliefs, and although the lessons are valid and close to my heart, 'The Bible' is not an original document. It has been transcribed and 'adjusted' to suit the narrative and who adjusted it? The same people who are today trying to wipe out any contradiction to the government's narrative.

We stand for Freedom!
But we don't like people talking or writing about it.
Such people are terrorists and we need to shut them down!

My apologies to God but your name has been use in vain to validate wars by the powers that be and I can no longer be attached to this weaponised scripture.

However I am an evolved male. I am not un-scientific. In all I am a scientist. The sort that works in a shed and studio to produce something through trial and error. I was semi educated to do this and have been a scientist ever since I can remember.

Modern science is an arm of corporatism. This division of a company works out how to make something to sell. They backup their product with 'science' and 'studies' but as observed over mRNA, the results are adjusted to achieve the sales and profit objectives. Nothing more.

So when someone says 'we are following the science' what they are actually saying is that we are following whatever corporations are telling us to do. If we disagree with their agenda, our discussion is simply wiped out by an adjustment to the rules and a carefully crafted 'media spin'.

So if I have evolved to understand that much of society is the result of systematic and deliberate control, then I have no choice but to renounce the 'God' we have been told to believe in.

He has always been in my heart and soul but this 'made up' version of him must now go.

I will take this thought to a religious person and discuss it.

Do I have faith?

Yes I do but my faith is in nature. She has my 100% attention and she has never lied to me, cheated me, or let me down. She has no adverse effects and does not need force to make me compliant with her vision of life.

A Weaponised Version Of GOD

This new 'God' created over the last few hundred years, has, unfortunately, been used to justify terrorising and killing innocent babies, children, women, and men; and to commit genocide. For me this weaponised version of God is now gone and I officially renounce the modern 'God' in favour of my whakapapa's God/s whom I have yet to discover. I must return one day to the Isle of Man where some of my family are from and study it's history.

"I will still talk with you, but I no longer know who you are."

Who are your ancestors?

You and me; we represent our ancestors. I do not know them but I will study their story and bring it to the forefront. You can talk about treaties and who owns what but my family were robbed way before your episode by the same people you were but my whanau's story has been obliterated by the same  manipulators/narcissists that you loath and hate.

I am not telling you how you should progress but I am now looking for a new religion.