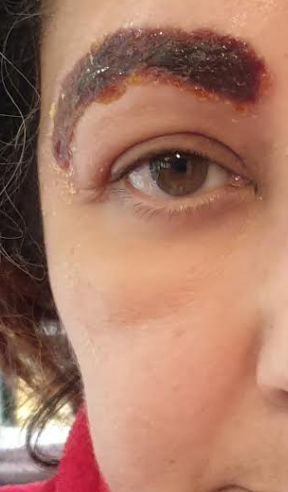 Visible Inflammation along the facial profile and possible cytokine phase response
after first mRNA injection and eyebrow tinting
The eyebrow scab is blood and very painful.
The above photo was taken about 2 weeks after the initial event.
Below was taken on the day of tint and approximately 1-3 days after the mRNA Injection. 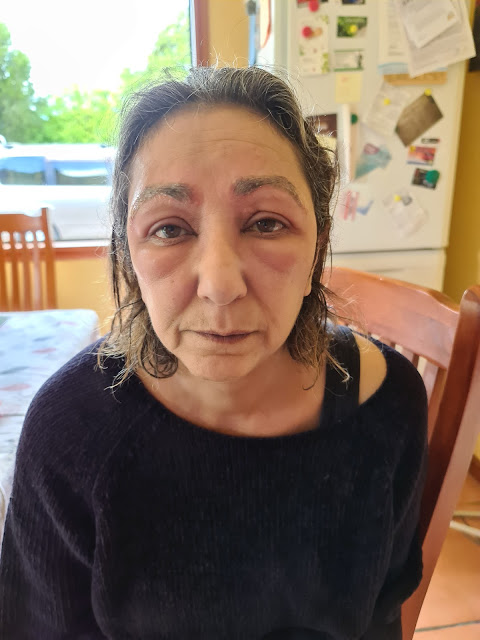 The patient have never had such a reaction to getting here eyebrows tinted.
The swelling is all over her face and body. You can see it in the neck line.
Both eyebrows are burnt and a blood scabs have formed.
The result has deformed her features
UPDATE: 02/11/22
We are just on way to the hospital.
I have been discussing this case on the 'Debunk The Funk with Dr. Wilson, a controlled site
https://youtu.be/dgsb86irdYo
The video is simply fish bait to bring Anti-vaxxers in to be processed through the chatroom.
I have been talking with Molecular Biologists, PhD's in Biology and Virology.
To see my conversation just look for Ian Stephenson or #eion
This is the basis of my Last Post based on the summary of years of research:
1. The Lipid Nannoparticles (LNP) that deliver the mRNA to the cell are made up of four components which everyone is potentially allergic to.
2. One of the components is PEG, a product also found in hair dye
3. My partner is very... to follow

6:2 What could have happened

Firstly, no one has suggested any association with the mRNA serum and this progressing condition.

However we can see clearly that the subject has allergic reactions.

Note: The recognised Adverse Events of mRNA are all due to allergic reactions to the mRNA serum components.

Our subject demonstrates a high degree of allergic reaction to toxins.

If this case is true, then how many other people have a similar pathology? In New Zealand, like most countries, the injection of mRNA is mostly done by semi qualified people and little effort is made to explain the possible outcomes or identify people who are at risk with the serum’s components. In fact, no one was given any special dispensation as the vaccine is constantly promoted as safe.

Is this a feasible hypothesis?

I will update this page with relevant findings.
I am asking everyone I know to review this case including the following sites:
Debunk the Funk with Dr Wilson
Original mRNA price: $20 USD per person (low estimate) 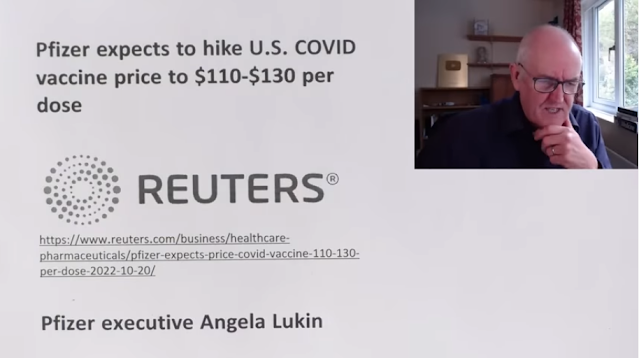 Debunk the Funk with Dr Wilson