I have a script for a movie. It stars Donald Trump and the UN

I have a script for a movie. It stars Donald Trump and the UN

I am not saying this is true but after researching Covid-19 for two years, watching a wide range of reactive official pseudo-psychologies, and becoming completely confused as to how we lost our freedom and culture, with the majority of people agreeing to have those freedoms and culture removed, it has led me to try to work out the possible synopsis to a movie script that I think could be a winner.

THE FOLLOWING IS FICTION.
I HAVE SIMPLY ALIGNED EVENTS TO SUPPORT THE PLOT.

We like to think we have a democracy. After all, we get to elect our leaders and for the most part, they help society to run. But what becomes of a driven politician? Where do they end up?

At a casual glance, they end up at the UN or the WHO. These are not democracies that we the people are involved in electing, but they have substantial influence over us.

1: Helen Clark (an ex-prime minister of New Zealand) is in the UN and Jacinda Ardern (New Zealand's current Prime Minister) is the protégé of Helen Clark.

2: Jacinda Arden is rumoured to be leaving NZ politics to go and work in the UN.

The EU and the WHO are run by internally elected individuals who are passionate about peace and a world-based government. They provide advice and resources to 'participating' governments. They offer substantial guidance, resources and engage in peace-keeping or defensive forces if and when required.

They aim to be the good guys with good intentions. 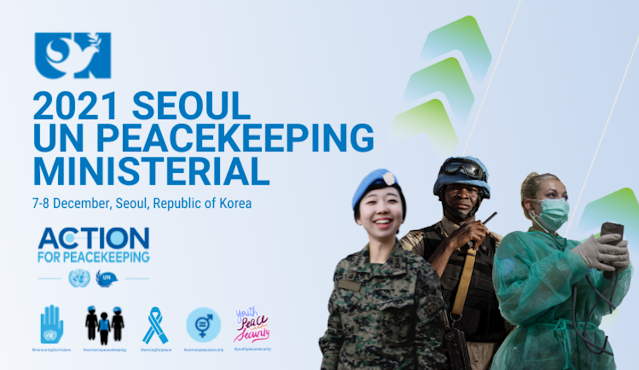 But what stands in the way of their objectives?
There are so many things that would hinder:
The one recent event that threatened the good guys the most was Donald Trump's wall.
As we all know, one of his election promises was to build a wall between USA and Mexico. An impossible task but one he was going to pursue because to achieve this construction, it would make Donald Trump go down in history as the world's biggest developer. This would be his legacy, his mark on the world and it made a sensational election promise.
He got elected and the project got underway immediately. But right from the start, it was in jeopardy because of funding. Donald Trump was determined, but if he failed, he would be the laughing stock of the world and never live it down. This was not going to happen.
After many attempts to get the money for the wall, dread of failure started to set in. Publicly he was having great difficulty finding the money to build this wall. He looked everywhere and tried everything but it looked like the cash was just not going to be available. But then he discovered a short-term lifesaver; cut funding to anything he didn't believe in like the pandemic response team and the environmental crisis programs being run by organisations like the UN.
On June 1, 2017, Donald Trump withdraws from the Paris Agreement
Link 1: About the Paris Agreement
Link 2: https://en.wikipedia.org/wiki/United_States_withdrawal_from_the_Paris_Agreement
This is a major blow to the Paris Climate project which was set to raise 100 Billion in funding each year, by the year 2025 and this withdrawal of projected funds would have gravely concerned the UN.
If the climate is not brought under control shortly, it is the opinion of science and the UN that most people on the planet are in peril of losing their homes, villages, cities, and their very lives.
This danger is calculated to manifest in the very near future and now the funding to find a solution and make it happen has just been withdrawn. This is a catastrophe!
What the UN and the WHO need now is a worldwide crisis that will help them establish the environment, authority, legislation, and resources to help them achieve their long-term objectives. The only problem is that individuals have been promised their freedom and it is written into laws. These will need to be changed.
The original 'Nuremberg Code" is difficult to even find now as the Internet has become so controlled. For example, go to the United Nations website and try to look for the keyword "Nuremberg". It was there but now it is gone. https://www.un.org/site-search/?query=Nuremberg
The problem for the Nuremberg Code is that it was very clear: 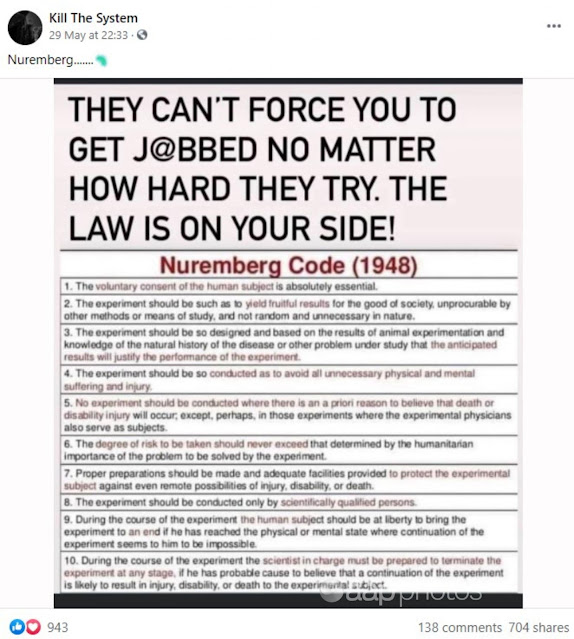 That no person can be forced to take a medical experiment. A right that was fought for with the blood sweat and tears of our families. Now it is an inconvenient decree and it has to be eliminated as the only way the world's diseases can be eliminated is for science to design a drug that does it and the experiment must be released irrespective of the consequences.
New Zealand dropped the Nuremberg Code in favour of the New Zealand Bill of Rights.
Following image from: https://fyi.org.nz/request/15096-legal-status-in-new-zealand-of-the-nuremburg-code 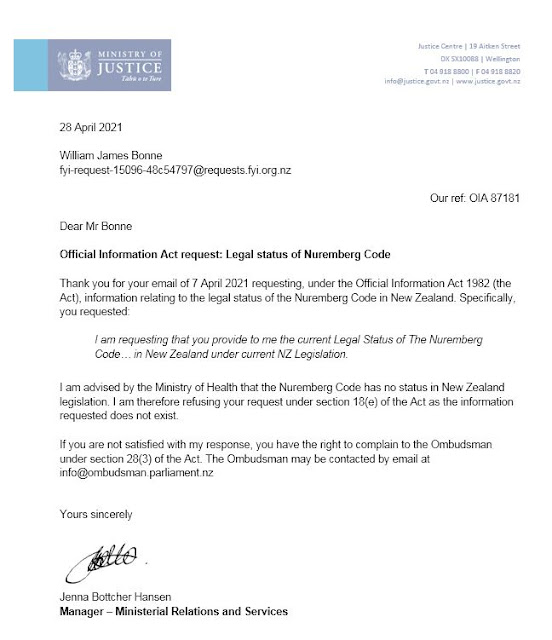 This is perplexing as the Nuremberg Code was part of the UN founding documents but now it is not.
As I say, some of this is fiction and not the official position. I am just trying to be creative and make a movie script.